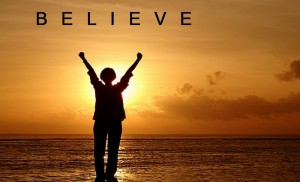 ← Do not be afraid to speak Take it to heart →